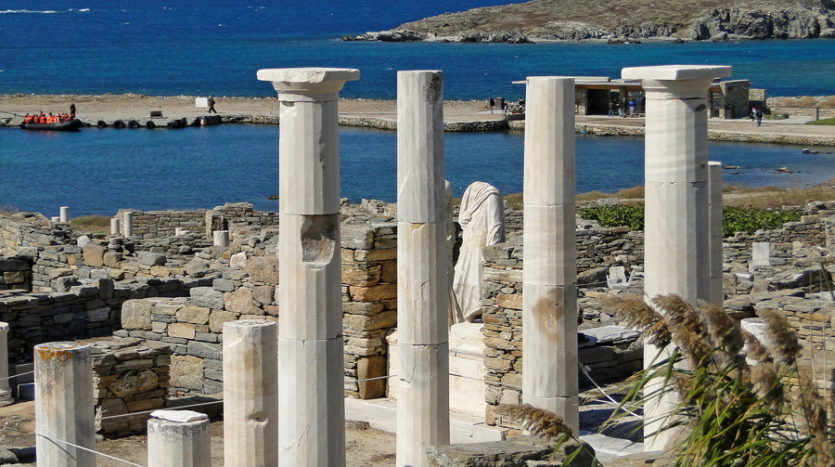 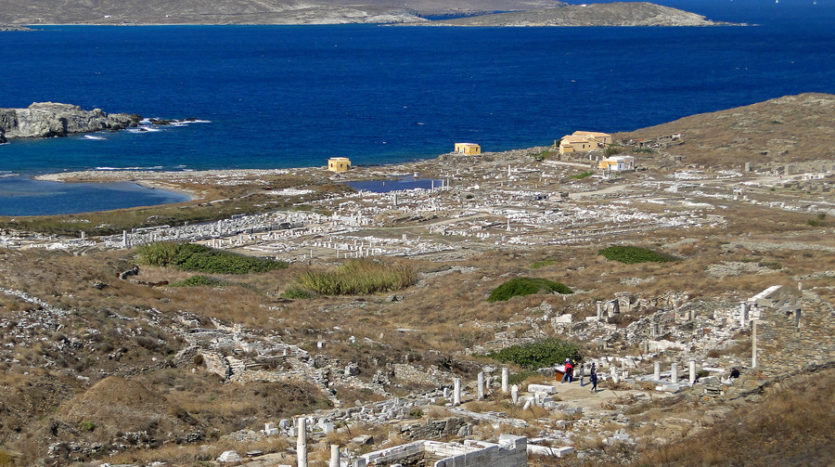 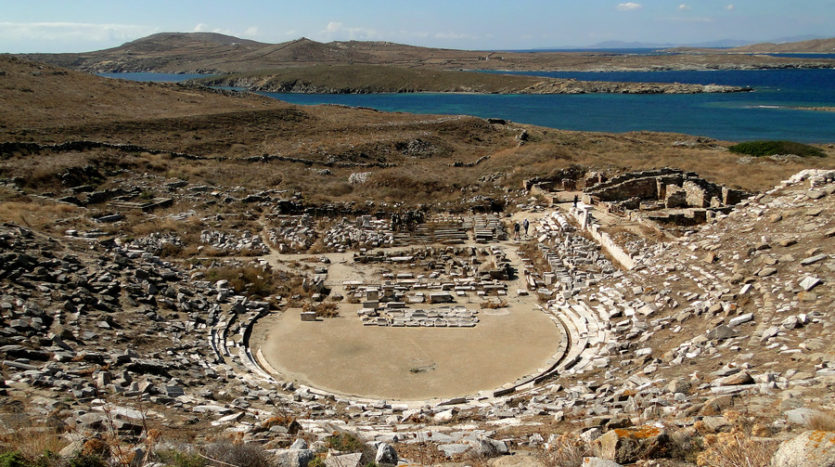 According to the Greek Mythology it was the birthplace of Apollo, the God of Sun and Light. Its reputation as a holy island began attracting large numbers of devotees. Along with them trade flourished, transforming Delos into a robust commercial port for almost a thousand years after the 8th century BC.

Excavation findings indicate that the island has been inhabited since the 3rd millennium BC.

During the 6th and 5th centuries BC a number of “purifications” were performed by the city-state of Athens. It was an attempt to render the island fit for the proper worship of the gods. As a result, no one should be allowed to either die or give birth on the island due to its sacred importance. The neutrality in commerce was also preserved, since no one could then claim ownership through inheritance.

After the Persian Wars the island became the natural meeting-ground for the Delian League, founded in 478 BC, the congresses being held in the temple. The League’s common treasury was kept in Delos as well until 454 BC when Pericles removed it to Athens.

In 166 BC the island came under Roman control. It was declared then by the Romans a free port and therefore gathered merchants and shipowners. It was also turned into a major slave trade centre. It is estimated that at that time, the population reached the 30,000 people!

In 88 BC the king of Pontus Mithridates attacked and razed the island. A few years after, in 69 BC, it was looted again by pirates. Since then its decline began and Delos never recovered.

In 1990, UNESCO inscribed Delos on the World Heritage List. It was cited as the “exceptionally extensive and rich” archaeological site, which “conveys the image of a great cosmopolitan Mediterranean port”.

Thousands of visitors visit Delos every year, coming by tour boats from the neighbouring Mykonos. Ancient ruins are an attraction not only for those loving antiquity, but also for all tourists who are just attracted by the beauty of Aegean islands.

Our role as a Property Consultant
Real Estate investment options in Mykonos amid Covid-19 pandemic
error: Content is protected !!

Register here! Forgot Password? Back to Login Return to Login